Trying to get back in. This model looks terrible but I'm writing it off as a loss. I need a finished model to get me going again so I'm just gonna power through this and finish it. 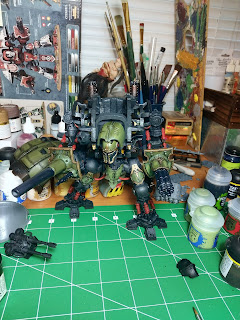 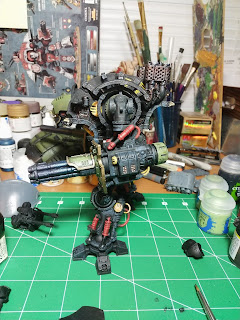 Posted by Unknown at 8:59 PM No comments:

Which is turning into my High Elf army.

I always looked down on elves that were not evil but after painting these guys and reading the fluff I've become a convert.

These are my Sea Guard and mage. I plan on extending the unit to be a big block of 50 dudes. 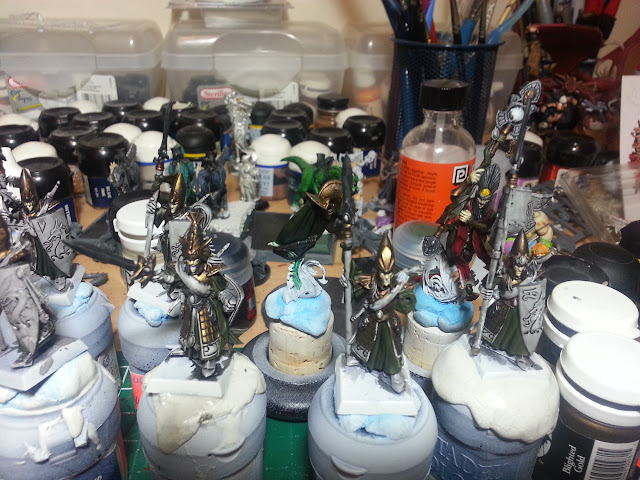 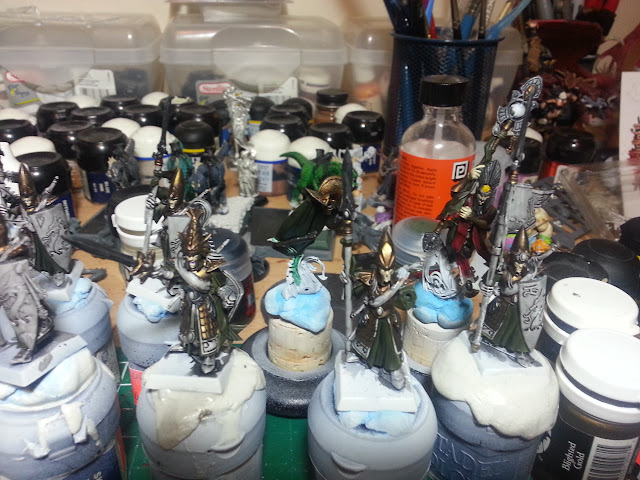 An update to my "Tale of Two Painters".

Lorilei's Skaven and my High Elves have come along a big with us both squeezing in painting whenever we can. Lorilei prefers to paint with me and doing 20 rats at one time as her first painting project is starting to wear on her. 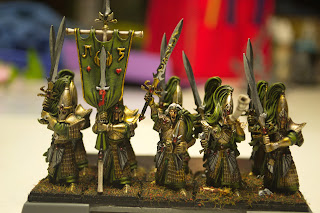 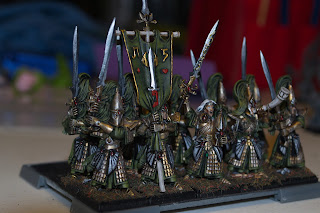 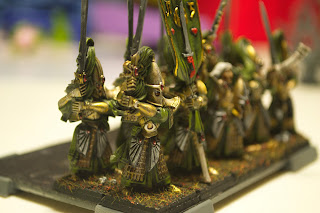 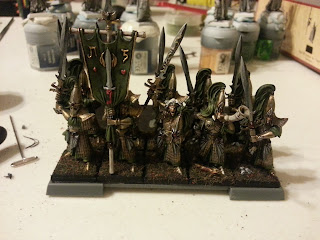 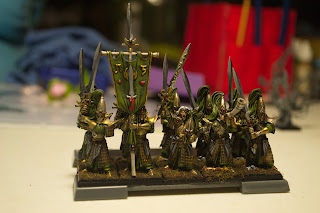 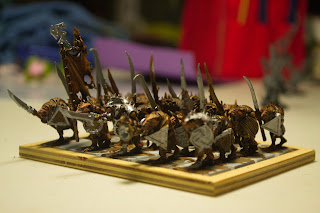 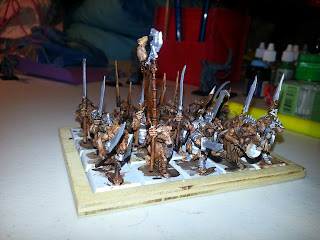 Posted by Unknown at 9:57 PM No comments:

First Game was against humans of unknown origin and I was thoroughly beaten.

We were playing Wyrdstone Hunt and at one point I could have voluntarily routed but my opponent had over extended and I was in a really good position to knock out a few guys, grab some wyrdstones and force a route check on him. If he passed his route check then my plan was to voulntarily route my next turn.

Well the dice went sour on me, much like most of the game, and I didn't manage to do what I had hoped.

He ended up taking out over my half my force but thankfully only one henchman died when we did the post game rolls. One positive aspect of this is that my highborn is now fearless thanks to rolling Hardened

My second game was against undead and we were playing occupy. This game went much better for me and my beastmaster got several zombie kills with his crossbow. I pretty much just avoided his vampire and tried to take over houses.

I have a Halfling Cookbook and 3 extra repeater xbows as equipment.

My daughter loves the Skaven so I bought the Island of Blood to start her down her path wargaming doom :)

So far she has only laid down a wash on one unit but she had a lot of fun.

For inspiration we have been watching Lord of the Rings while we snip and paint.

I will be painting High Elves while she builds rats. 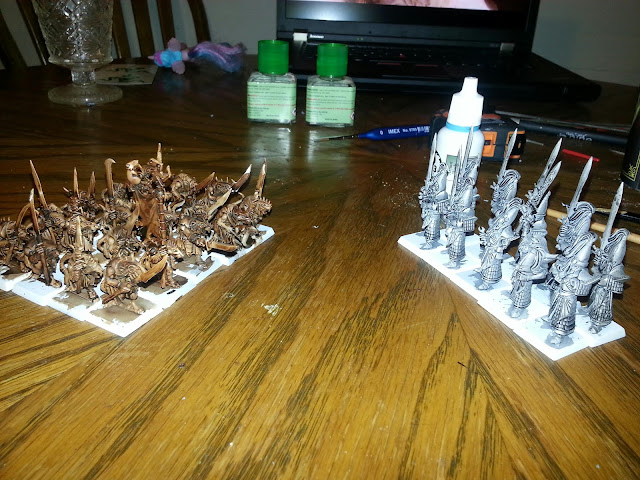 My Dark Elves scored their first win over some Empire Guys.

I still need a name for my warband and names for my characters.

*HIGHBORN w/ repeater xbow and dark elf blade - He just stood on top of a building and shot people with his xbow. Got a couple of knock downs and stuns.

*Fellblade #1 w/ SWORD -
He got the finishing blow on the opponent warbands leader (with a dagger!) but it was a team effort. Also finished off a henchman with a dagger.

*Sorceress she hung out inside an objective and failed to cast doombolt over and over again. She finally came through and nailed the enemy leader and knocked him down. After which Fellblade #2 failed to wound the knocked down leader with both his sword and dagger and then Fellblade #1 failed to wound with his sword but scored a crit with his dagger.

* Beastmaster w/ BEASTLASH - he got charged early on and taken out by a couple henchmen. Thankfully it wasn't bad and he recovered.

* Corsairs w/ AXE x4 - I lost one of these guys and he failed to recover from his wounds. Replacing him was costly.

All of my "kills" were from scoring critical wounds with a dagger.

Still need a name a background for the characters. 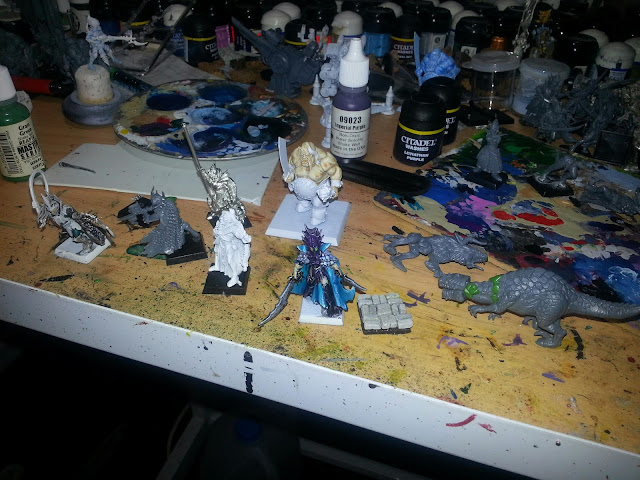 Posted by Unknown at 1:39 AM No comments:

Other places to find me